5 Differences Between Crochet and Tunisian Crochet 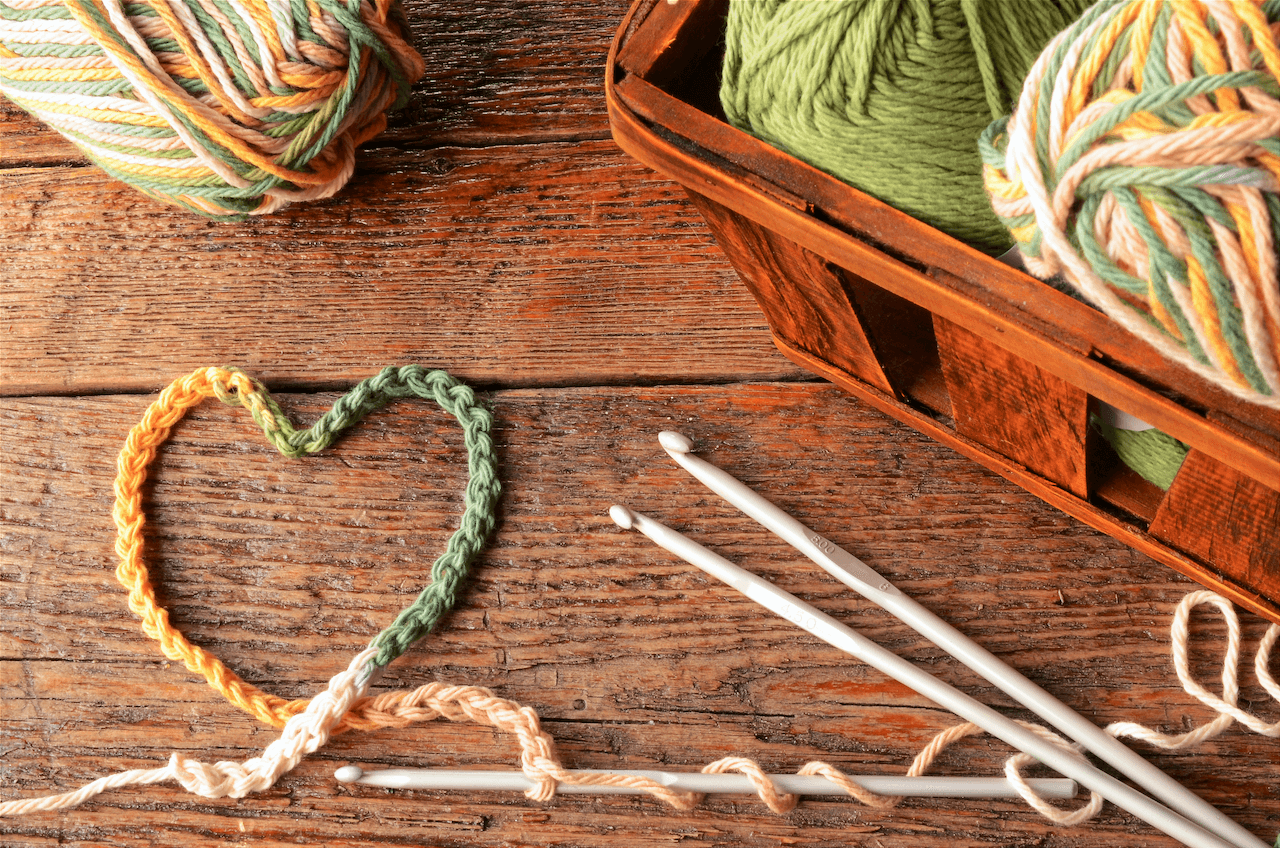 Tunisian crochet is not just another word for crocheting. It’s a craft unto itself. It blends the best of knitting and crocheting.

This post contains affiliate links, which means I receive a small commission, at no extra cost to you, if you make a purchase using this link. Please read the disclosures and disclaimers for more information.

In my About Me page, I mentioned that I started crafting with yarn by knitting and then I moved onto crocheting and haven’t stopped. And don’t get me wrong because I love to crochet. It fits my style of what I want to create. 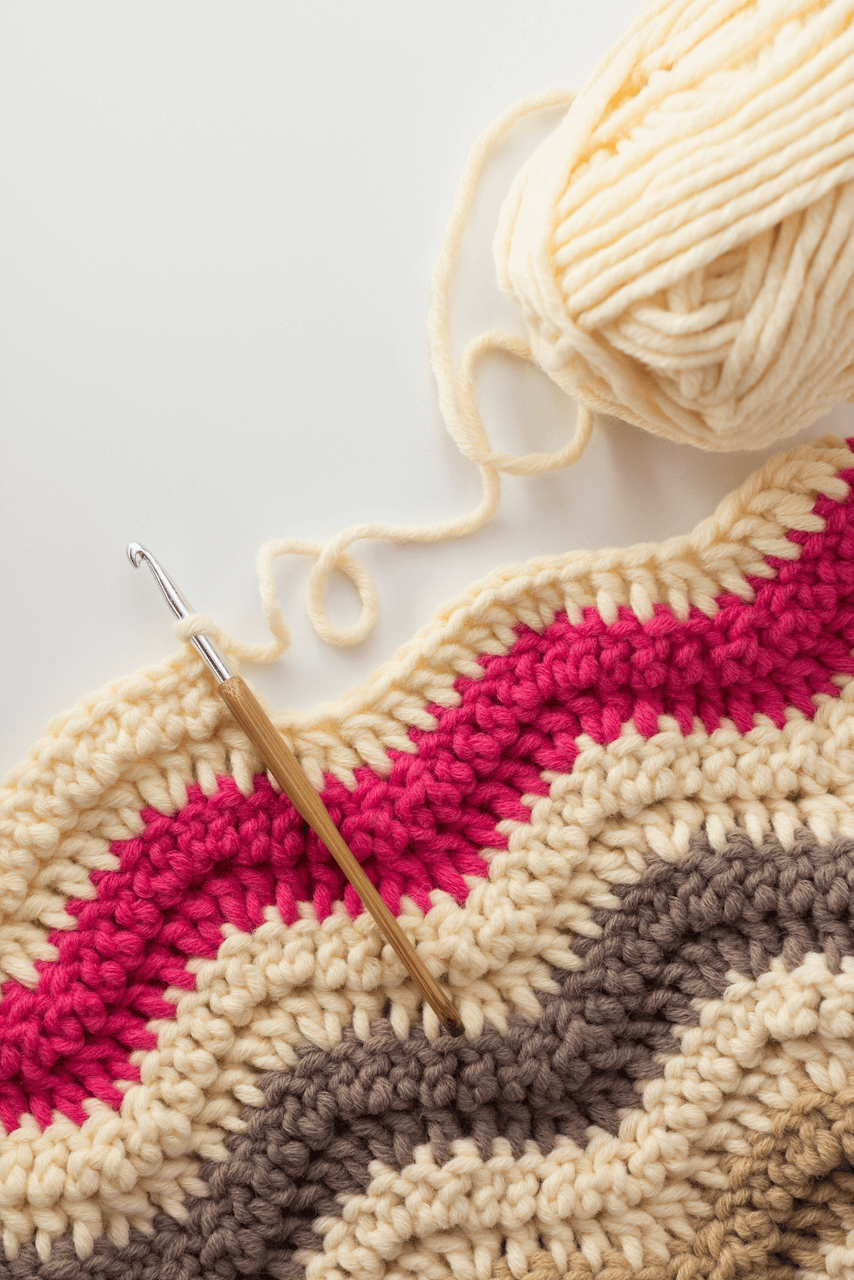 Or so I thought! I started googling and the stitches that I could learn that could help me create patterns and, in turn, help you learn how to do these stitches. Tunisian crochet popped up in my search results.

I’ve heard of it but I didn’t know what it was all about. So, I dug deeper because I wanted to challenge myself to learn something new and give me another way to create patterns for you all.

I’m so glad that I took that step because I love it! I want to learn all the stitches that I can about Tunisian crochet. So, stay tuned!

Difference #1 – Only Working on One Side

With crocheting, you are always turning your working at the end of the row to continue with the pattern. In Tunisian crochet, you are only working on one side.

With crochet, you only need the standard 6” crochet hook since only one loop is on the hook at any given time.

Since you are collecting loops onto your hook with Tunisian crochet, the standard crochet hook just won’t do. Unless it is a narrow project.

So, you will need a 14” Tunisian crochet hook which is also called an afghan hook. Or you could use an interchangeable crochet hook which comes with various cord lengths. You need the added space on your hook to collect as many loops as you need for your project.

Difference #3 – Collecting Loops onto the Hook

As mentioned before, with Tunisian crochet, you are collecting loops onto your hook which is what you would do with knitting. These loops help shape the stitch of what you a creating by the way that you are working the yarn and collecting them onto your hook. It’s how you can achieve stitches that look like if you knitted them.

There is nothing that you can do to prevent it from totally happening. But, you can minimize how much curling at the ends of your project occurs.

One way to minimize this effect is with the last difference between crochet and Tunisian crochet. 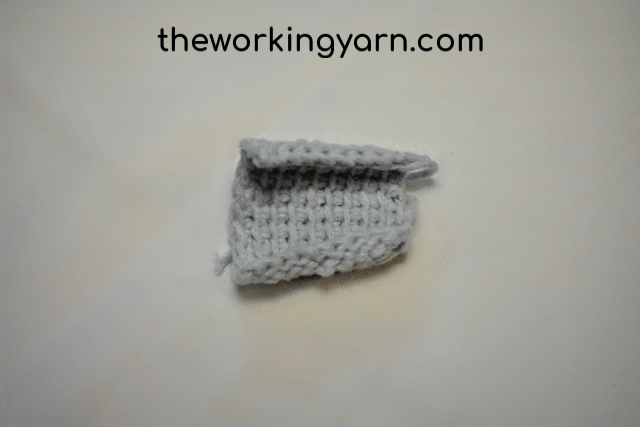 With Tunisian crochet, you definitely need to go up two hook sizes from the recommended hook size of the yarn. So, if a yarn recommends using a H/5 mm hook, then use the J/6 mm hook.

Going up two hook sizes will help you with the stitches and collecting them on to the hook. But, it will help minimize the yarn curling at its ends since the stitches are not being worked so tightly.

What do you think? Have you knitted before and excited to try out Tunisian crochet?

The best of both worlds! It takes some elements of knitting and some elements of crocheting to create this type of yarn crafting. It’ll be an adventure in creating patterns using Tunisian crochet stitches.

Are there any types of patterns that you would like for me to come up with using Tunisian crochet stitches?

Let’s get started on this adventure together! 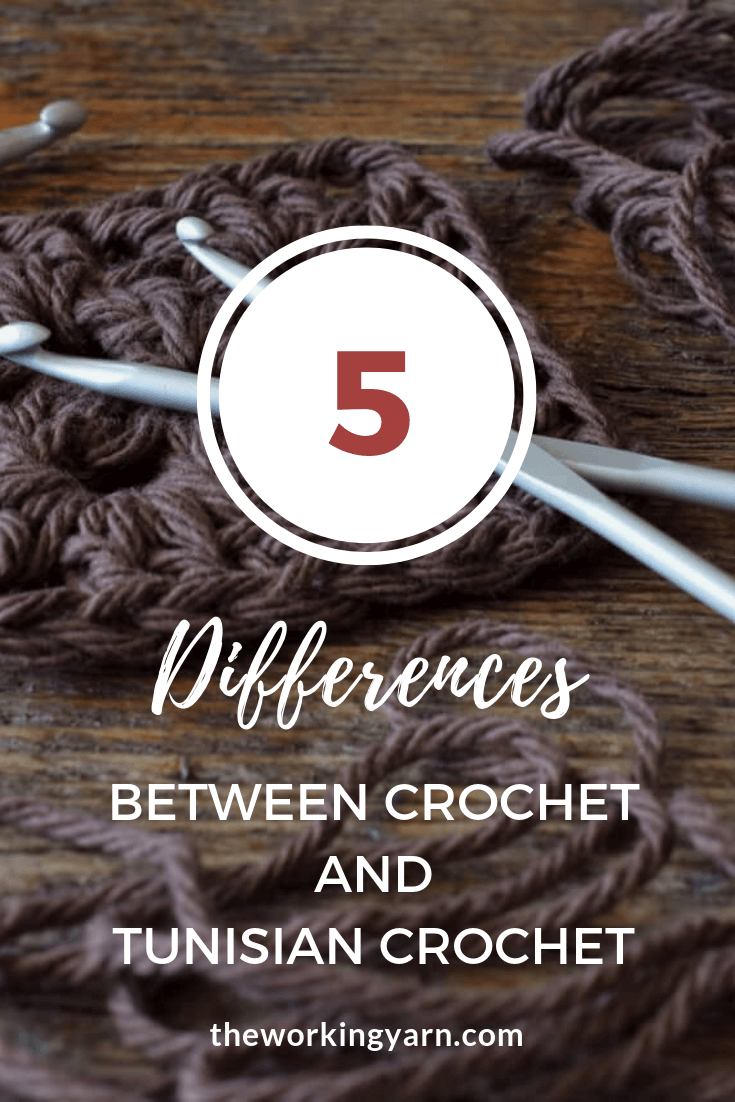 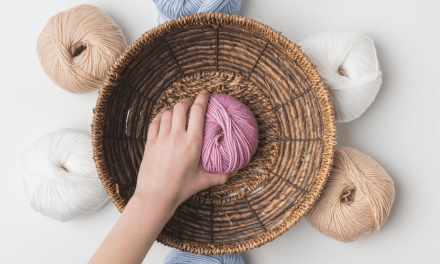 Pick the Right Yarn for Your Project 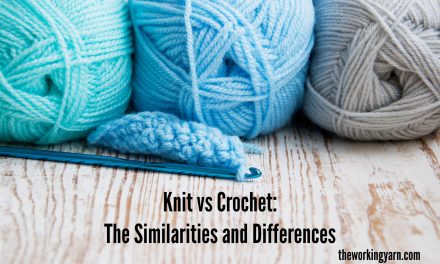 Knitting vs Crochet: The Similarities and Differences 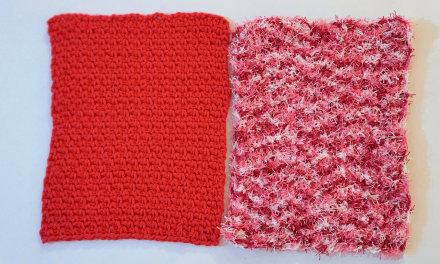 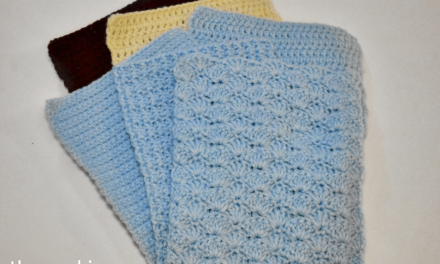 Pay It Forward with Warm Up America!